Record 8.3 million visitors make it to Tunisia in 2018 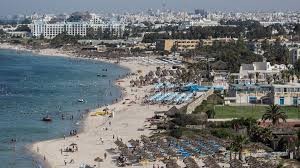 Record 8.3 million visitors travelled to Tunisia bringing about U.S. dollars 1.36 billion to the economy. The tourists came from Algeria, Russia and other parts of Europe. Tourism constitutes 8 per cent of Tunisia’s economy and employs 400,000 people. Arab Spring uprisings in 2011 and two militant attacks on holidaymakers in 2015 had eclipsed the tourism sector. However, Tunisia’s tourism business crossed all hurdles to reach the growth track.

The number of foreign visitors rose almost 45 per cent last year. Arrivals from Germany were up by 52 per cent. Tunisia expects tourist arrivals to reach 9 million for the first time in 2019.

2018 saw Tunisia tourism put the crisis behind them. Major European tour operators started to return to Tunisia last year after three years of shunning the country after militants killed 39 tourists in an attack on a beach in Sousse and 21 people in a separate attack at the Bardo National Museum in the capital Tunis.

Russian visitors returned more quickly following the crisis. European holidaymakers stayed away. British tourists would be attracted through campaigns with tour operators. A delegation would also attend a travel show in London in April to promote the North African country as a safe destination.