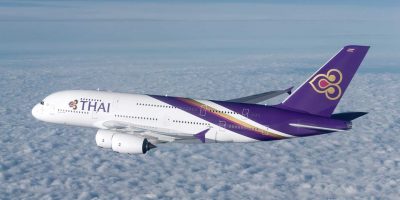 Thai Airways International President Sumeth Damrongchaitham has now said that the carrier is in crisis and facing possible closure.

He has said this to the airline’s executives during a meeting at Thai Airways headquarter on Tuesday.

The Thai government owns a 51 per cent share of the airline.

That the carrier has lost its market leadership on several routes to competitors, mainly the low-cost airlines, he has said.

Thai Airways is now planning measures such as cutting down cost by minimizing the salary of managerial staff and implementing a zero inventory policy at its catering department. Staffs are not going to be rewarded. All this is supposed to be done for the survival of the company.

The airline is also going to come up with a revised procurement plan suited to its current crisis.

As per the airline authorities, European routes are not bringing much revenue because of the multiple factors including economic fallout from the Brexit.

Several aircraft of the airlines are either grounded due to engine problems or are out of commission and thus not generating revenue for the airline.

The depreciating value of the airline’s assets and fuel costs are also adding to its economic woes.

The share of the airlines is also down around 30 per cent from the starting of this year after falling 4.55 per cent on October 15 to 8.4 baht.

That Airways International president has called for cooperation among staff saying that it would help the carrier in removing the obstacles.