UK outbound bookings in summer 19′ on the decline 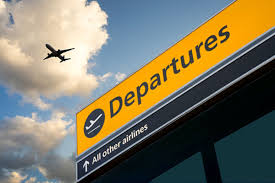 UK outbound bookings in summer 2019 is down by 10 per cent year on year in the week to Saturday, March 23, as per GfK, the industry analyst. In the week prior to that, the decline was by 7 per cent.

In contrast, bookings of outbound holidays in the most-recent comparison week in 2018 were very strong. It was 18 per cent up from 2017, meaning trading was broadly on a par with two years ago.

Bookings for April departures remain 13 per cent up on last year.

GfK senior client insight director David Hope said: “Brexit is all over the news and people are holding back awaiting an outcome. If it drags on, there will be people who decide to stay home.” According to him Brits will travel if the price is right.

The UK Office of National Statistics issued data confirming 2018 was a record year for outbound holidays from the UK with the number of overseas holidays hitting 47.15 million, up 1 per cent on 2017 which was also a record year.

Brexit could be the major reason for the decline in UK outbound bookings.