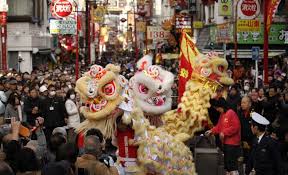 Between January 21 and March 1 to celebrate China’s annual Spring festival will have around 3 billion trips and usher in the Year of the Pig.

Known as the ‘Chunyun’, the 40-day period will see Chinese people coming home to celebrate the Lunar New Year Spring Festival along with the families.

The Lunar New Year will be celebrated on February 5 and the China’s ministry of Transport highlighted some of the significant stats behind the rush.

Lian Weiliang, deputy director of National Development and Reform Commission said that 2.99 billion trips will be made over the Chunyun period. This is  0.6% up  over last year.

China is well-equipped to handle the masses which in any other nation would bring the local infrastructure to a halt.

China has the world’s longest railway network launched at the end of 2018 to deal with this year’s Chunyun rush. With the addition of 10 new railways the operational length of high-speed railways went up to 29,000 kilometers.

To ease the congestion at train stations new technologies have been brought that will include facial recognition software and ticketless travel.

There will be 532,000 flights will taking to the skies to accommodate the air travellers showing an increase of 10% as compared to last year.

Liu Xiaoming, vice minister of transportation stated that China now has 4.86 million kilometers of road as of the end of 2018. There will be 7,400 charging stations for rivers of electric cars.