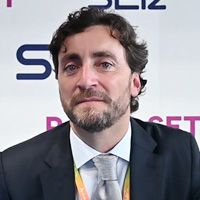 In an exclusive interaction with our editor at TIS – Tourism Innovation Summit, the global summit of innovation and technology for the travel and tourism industry, Juan Manuel Ortiz Pascual, Direccion de Promocion, Marketing Executive, Junta de Andalucia shares how Andalucia, the region of Spain with the largest number of residents, is promoting to attract more leisure tourists and business travellers, especially from South Korea, Japan, China and Arabian countries.

It is because, the connectivity has been upgraded to the cities like Dubai, Kuwait, Riyadh and other Mid-East and Asian countries. He also shares how MICE and incentive travel are developing the Andalucian tourism market.

Andalucia is the region of Spain with the largest number of inhabitants. This region attracts international throughout the year. The Andalusian region has 8 different provinces: Huelva, Seville, Cadiz, Jaen, Cordoba, Granada and Almeria.

Andalusia offers the great weather condition, along with important landmarks like long beaches that cover from Huelva to Cadiz (Costa de la Luz) on the shores of the Atlantic, then the shores of the Mediterranean from the Stretch of Gibraltar up to Almeria (Costa del Sol, Costa Tropical and Costa de Almeria).

In southern Spain, in Andalucia, is situated Seville, probably the most Spanish city of all Spanish cities.

Andalusia is prospering in MICE tourism sector also. Whether it is by improving the hotels or convention centers, welcoming passengers from new destinations, this Spanish region is offering the best possibilities. The world-class hotels, convention venues and resorts have already been upgraded in Andalusia to attract global meetings delegates.

It is noted from latest report, an estimated investment of 2.000 million euros is expected, along with more than 7.000 new jobs that will be created in this year. This will give the region a boost, making it more competitive and modern.

The MICE sector plays an important role in all of this. More and more conferences, events, shows and conventions are taking place each year in Andalusia. Juan Manuel Ortiz Pascual, Direccion de Promocion, Marketing Executive, Junta de Andalucia says how the region is attracting business delegates throughout the world, by adapting the new technological updates.