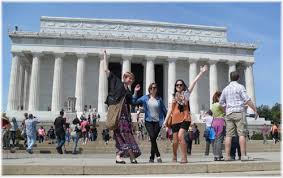 With 20.8 million domestic visitors to the District spending more than $7.5 billion, 2017 was a record year for tourism in the District. However, Destination DC will be announcing international visitors in the later part.

It was seen that the number of domestic tourists visiting the District was 2.4 percent up from 2016. The visitor spending took the top spot for the third time with 6.5% growth on accommodation, 4.2 % on food and 1.2 % on transportation.

Around 75,000 jobs in the District was due to tourism last year and it surpassed for the first time since 2013.

Tourism is a significant part of D.C.’s employment base and directly accounted for more than 75,000 jobs in the District last year, surpassing 75,000 for the first time since 2013.

Mayor Muriel Bowser at an event at The Wharf announced the 2017 tourism numbers and said that this will be another busy year for D.C. tourism. Increase in tourism signifies more jobs and resources for the residents and neighbourhoods helping the local economy to remain the strongest in the nation.

Around 21 citywide meetings are held by the District taking up almost 2,500 hotel rooms at peak. It generates almost 433,000 rooms creating an economic impact of $378 million for 2018.

World Conference of the International Gas Union in June, Infor’s “Inforum” in September and American Geophysical Union’s fall meeting in December will be some of the top conventions taking place this year.

The hotel industry in the District keeps expanding and 15 hotels are in the pipeline along with new builds,renovations and re-openings.