Over 3 million Brits to travel on Easter, ABTA 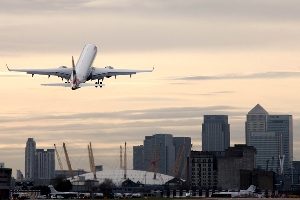 According to ABTA, three million Brits are expected to travel over Easter. The travel association indicates that the timing of the Easter bank holiday weekend being so close to the May Day bank holiday was encouraging holidaymakers to take an overseas trip or a long staycation.

There are less than two weeks between this weekend’s four-day Easter weekend and the May Day bank holiday. By taking nine days off many people can enjoy a two and a half week break.

Florida, New York, Vietnam, Israel, the Maldives, Japan, Mexico and Dubai as the most favoured overseas destinations over the bank holiday weekend as per the travel companies. The Lake District, Edinburgh, York, London, Llandudno, Bournemouth and Newquay are proving popular in the UK.

ABTA chief executive Mark Tanzer says that people have only time off from work – so it’s no wonder the back-to-back bank holidays have appealed to so many this year.

The Brexit extension until October 31 gives more certainty that all current travel arrangements will not change over the summer. Pet passports will remain valid this summer, and the fact U.K. travellers will be able to access state medical care in the European Union using their European Health Insurance Card. ABTA predicts that many will use the Easter weekend to plan their summer break.

The Easter holidays will see almost two million passengers use Manchester airport, including more than 315,000 passengers departing over the weekend. The top destinations are Dublin, Amsterdam, Dubai, Tenerife and Orlando.