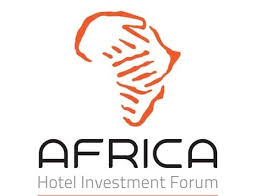 Important tourism exhibitions, gathering, and networking took place in East Africa during this month with positive indications to open up the region and the rest of Africa to popular tourist markets around the world.

Five major tourism gatherings were organized in East Africa between October 2-20, which attracted key business stakeholders, policymakers, and executives from leading tourist market sources across the world like Kenya Airways.

The East African region is known for wildlife, tropical beaches, cultural and historical sites, and it attracted global tourist and travel trade partners from early October who had gathered to participate in three premier tourism exhibitions and two executive conferences organized in Kenya, Tanzania and Zanzibar.

The Africa Hotel Investment Forum (AHIF) took place in the Kenyan capital of Nairobi from October 2-4, and the participants were mostly hotel and tourist service providers.
Kenyan Minister for Tourism and Wildlife Najib Balala said that the AHIF attracted key personalities from the hotel industry in Africa and outside the continent.

The conference taking place at the Radisson Blu Hotel, connected business leaders from the international and local markets in tourism, infrastructure and hotel development across Africa.

Africa’s hotel market is limited but a growing demand is driven by upcoming investments in tourism.