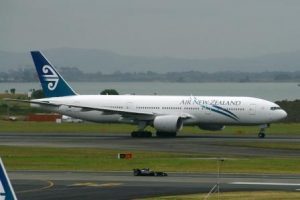 New Zealand’s flag carrier Air New Zealand has decided to lay-off 387 pilots amid the coronavirus pandemic and the crisis faced by the aviation industry. The carrier’s chief executive Greg Foran and his executive team had several meetings with The New Zealand Air Line Pilots’ Association (NZALPA) to discuss cost-cutting measures.

Andrew Ridling, President, NZALPA said in a press statement that Air New Zealand informed that they proposed to make 387 pilots redundant. The move appeared to the airline as the most economically efficient surplus resulting from the proposed Air New Zealand flight schedule. However, the union said it would negotiate to lower the number of furloughed pilots and would want Air New Zealand to set out conditions for these pilots to return once the situation is better before the final agreement.

Air New Zealand has already grounded 95% of its flights and agreed to standby government loans in light of the huge drop in passenger travel demand. The airline now expects to return as a comparatively smaller airline after the pandemic is over. Towards the end of March, it mentioned that the carrier is planning to lay off around 3,500 of its 12,500-strong workforce. The carrier said in a statement that it would be 30% smaller as compared to its size before the pandemic.

On the other hand, Joe McCollum and will be taking over from Jodie King on April 14. The carrier has also engaged employment relations practitioner Paul Diver to support McCollum during the current downsizing of its workforce.

Greg Foran, Chief Executive, Air New Zealand said in a press statement that Joe McCollum will be a key member of the team to rebuild the airline after the trying times as he is aware of large-scale, rapid workplace change that Air New Zealand has to face ahead in the wake of the COVID-19 crisis.