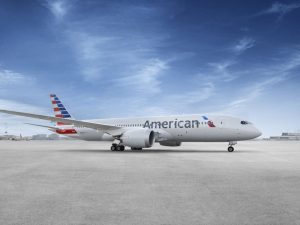 American Airlines recently announced an extension of its plan to suspend and cancel multiple international flights. The extension came in light of the increasing rate of the deadly coronavirus. The airline has now decided to slash flights even in regions like Latin America which has not been severely affected by the virus yet.

On Tuesday, the airline mentioned that it has decided to cut down summer international capacity by 10% and domestic capacity fort April by 7.5%. The decision to cancel the flights comes following a noticeable decreasing demand for flights.

American Airlines also announced that it will be suspending routes from the United States to Santiago, Montevideo, Uruguay and Chile. As of 10th March 2020, Chile reported 13 confirmed cases of coronavirus while Uruguay remained unaffected. Previously, the airline already decreased services to multiple destinations in Asia.

The airline will also suspend numerous flights between the U.S. and Rome and Milan. As coronavirus cases skyrocketed to around 10000, Italy declared an official lockdown of the country. According to the World Health Organization, the death toll in the southern European country rose to approximately 463. Additional destinations like Paris and Madrid will also witness a reduction in service around the month of May and June. Seasonal resumption of flights from U.S.A to Barcelona and Venice will also be delayed by American Airlines.

In addition, the airline has also said that the aircraft will be redeployed on domestic routes. Alongside, new seasonal service between Chicago and Honolulu will be introduced for the summer season. Certain regions and cities have been reluctant to allow airlines to maintain their regular slots if they are failing to use them 80% of the time.

American Airlines said in a statement that the airline has requested temporary relief from the usage requirement or slot waiver. The request has been processed to align capacity with demand in a better way so that no risk of losing valuable takeoff or landing slots for future remains. The airline further added that that American will continue to review its own network according to the situation. It will also make adjustments if waivers are granted as required.