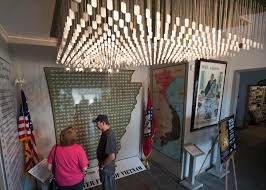 For long, Arkansas has advertized its “Natural State” motto to attract visitors to the state. Of late, tourism tax collections have created new records. Last year, the 2% tax on lodging and attractions collected $15.89 million, a 2.8% growth from the previous year’s amount of $15.46 million.

Kane Webb, executive director of the Arkansas Department of Parks and Tourism, and Mark Christ, community outreach director who manages the Arkansas Historic Preservation Program at the Department of Arkansas Heritage, had a talk with Roby Brock, the Talk Business & Politics CEO regarding the past, present and future of Arkansas tourism and heritage. What follows is a partial transcript of their discussion, edited lightly for clarity.

To quote Brock, “We have had some strong tourism numbers for years, particularly this last year. It’s been, once again, another solid year of performance. Where are these tourists coming from, and what are you doing to draw them here?”

To quote Kane Webb, “We are just marketing what we have, which is a great state. Yeah, the numbers are pretty phenomenal. The last three years, we’ve had record breaking 2% tourism tax numbers and, as you know, the 2% tourism tax is largely a “heads in beds” hotel lodging and attraction tax. So it’s a really good way, a good barometer to see who’s coming to Arkansas and spending the night.”

“We recently had $16 million in tax revenue, which is about 30% above where it was five years ago. I mean, it’s crazy, isn’t it? It’s taking off like that, so we get that money, we reinvest it into marketing and promoting the state, and I think a lot of what we’re seeing is that Arkansas has developed a lot of new rides over the last 15, 20 years.”