B.C. tourism will develop with long term sustainability plans for the revival of environment 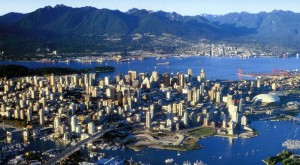 B.C. tourism has its full potential to boost in long-term sustainable tourism where the impacts of the climate change and the environmental restorations are the common points.
Jill Doucette, with Synergy Enterprises, says the tourism growth has been a destructive force in some countries, and cites the examples of Hawaii and Peru where tourism has thrived but with little benefit to the Indigenous people of those countries.

She said that there is something very wrong with that. They need to collectively change the mindset about the conversation within the context of growing businesses in the tourism industry.

Doucette was joined by Angela Nagy, founder of GreenStep Solutions in Kelowna, for a workshop on ideas to develop a sustainable tourism industry at the BC Tourism Industry conference taking place in Kelowna on Friday.

Doucette said that the climate impact on tourism was a focus of a three-day conference at Victoria in January, where she said some uncomfortable debate took place concerning the relationship between a clean environment and tourism growth, and the need within government ministries to collaborate more effectively on tourism industry crossover interests.

Regarding climate change, Doucette noted that Canada is committed to a 30 percent reduction in 2005 emission standards by 2030, while B.C.’s goal is 80 per cent reduction to 2007 emission levels by 2050.

But she noted other communities, industries and countries are already initiating policies designed to enhance environment protection within the tourism industry.

She cited on the community-wide ban on straws, and also the steps taken by France which has set 2020 for the regulatory enforcement of a ban on plastic plates, cups and cutlery. The plastic garbage litter on beaches is an environment hazard and landfill disposal headache to deal with, she noted, and can be a detrimental aspect to tourism promotion. She said Qantas Airlines is already using bio-fuels to replace jet fuel airplanes flying out of Los Angeles to Australia. She said setting a responsible tone for the footprint left behind by visiting tourists is an important element of any sustainable tourism development strategy, and that tone has to be set by local tourism operators and governments.

Nagy said the Thompson Okanagan Tourism Association made a strong step in that direction, undertaking a rigorous process to be accredited by the Responsible Tourism Institute with a biosphere destination certificate. The Thompson-Okanagan region is one of only 20 areas around the world, and the only one in North America, to earn this designation to earn recognition. She said the process involved nearly 140 questions that had to be answered, requiring interviews with government, community and tourism leader industries to complete.