Home » The beginning of MICE Tourism in Spain

The beginning of MICE Tourism in Spain 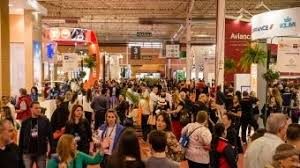 In 1973, Ramon Alvarez (co-founder of SITE in New York) landed in Spain to create CONVENCO, the first incentive house in Spain, which became a leading company in organizing MICE tourism. He taught the importance and potential benefit of this type of tourism among the clients and all multinational companies of the country.

My experience in MICE tourism began in 1987, when the technology available was simply a rotary phone and a Telex, sending a simple rooming list could take 3 hours. Throughout these 31 years, I have experienced an astounding evolution, the growth of this leading sector alongside the evolution of the technology, which no doubt is responsible for the strengthening of MICE tourism worldwide.

In 1997, GSAR Marketing | MITM Events organized the first MICE B2B trade show in the world, held in Seville it was sponsored by the convention bureau, the FIBES congress center and Meliá Hotels.

It’s been 21 years of the first edition and since then 50 successful editions have taken place in 37 cities of 18 countries. MITM has contributed to the development and positioning of numerous destinations in the MICE industry in Europe, America and The Caribbean.

The new edition of MITM, co-organized with IFEMA, Fitur MITM – MICE & BUSINESS, has been a resounding success corroborating the high demand of this sector for high-level events in our country. In recent years, MICE tourism has become a key option for the industry, proof of that are the 12,558 congresses organized by international associations worldwide in 2017. This is according to the International Congress and Convention Association, ICAA. Likewise, this ranking placed Spain in the fourth position (564 congresses), with United Kingdom (592), Germany (682) and United States (941) at the top.

GSAR Marketing, founded in 1982 is a global sales, marketing and communications company specialized in representing international companies in the tourism industry. Its objective is to promote and operate sales seminars, product presentations, workshops and tradeshows at a global level. GSAR Marketing has organized a total of 50 trade shows in 37 cities across18 countries.