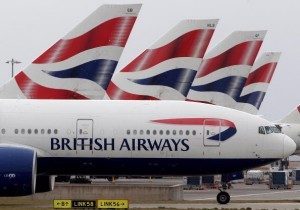 British Airways has recently announced its plans to increase the frequency in service on its Bengaluru Sector for the spring season schedule. There will be a considerable increase in the number of flights to British Airways’ daily schedule from Bengaluru to London Heathrow airport.

The existing weekly schedule between Bengaluru and Heathrow will be increased with three additional flights from April this year. The decision has been made to provide more flexibility and convenience to passengers travelling from Bengaluru to London in the busy spring period.

Moran Birger, Head of Sales, Asia Pacific and the Middle East, British Airways said in a press statement that Bengaluru is an important hub for British Airways as one of the busiest airports in India. The additional flights will provide customers with a convenient choice of 10 flights per week from Bengaluru during the spring season. These flights will allow Bengaluru to connect o British Airway’s worldwide network of over 200 destinations. He shared that British Airways is committed to providing their customers with more choice, convenient travel options and unparalleled service. He further added that they are looking forward to welcoming travellers on their new flights.

British Airways also welcomed their brand new A350 from Bengaluru to London Heathrow in January 2020.