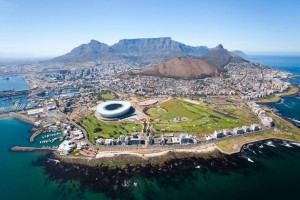 Cape Town Tourism is projecting to the New Yorkers to visit the city as President Cyril Ramaphosa eyes on the major growth in the travel and tourism sector.

Here the tourism in Cape Town contributes around R15 billion to Cape Town’s economy and sustains 700,000 jobs nationally, a number Ramaphosa believes can be doubled.

As part of the agreement between the two tourism promotion bodies, Cape Town’s many attractions will appear on 62 bus shelters and over 1,000 outdoor Link NYC kiosks across New York’s five boroughs.

The Cape Town Tourism Board is going to be wrapping up one of our mobile information centres, which will go to all key events across Cape Town to share New York’s appeal. A digital billboard will be installed in town to screen campaigns. Cape Town will benefit from exposure to New York City’s nine million residents and 60 million annual visitors. President Ramaphosa in his State of the Nation Address said that the government of South Africa will enhance support for destination marketing in key tourism markets, to further grow this top performing sector.