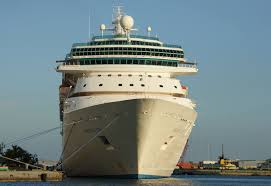 The cruise industry in the Eastern Mediterranean is preparing for a major rebound this year, and trying to catch up with the rest of the world, which is all set to experience its best year ever, which was discussed on the opening day of the 5th Posidonia Sea Tourism Forum in Athens on Tuesday.

Global cruise tourism is expected to grow to an record 30 million passengers this year, going up 6 percent compared to last year’s estimated 28.2 million, said Tom Boardley, the secretary-general of the European branch of Cruise Lines International Association (CLIA Europe). Boardley added that the momentum in the industry is expected to take it to 40 million passengers by the late 2020s.

Greece and the East Med in general have seen a decline over the last few years due to political reasons in the broader region. Since those concerns have eased considerably this year, Greece expects year-on-year growth of 7.5 percent in cruise tourism, according to Theodore Vokos, the executive director of forum organizer Posidonia Exhibitions.
Santorini, which received 640,000 cruise passengers in 2017, can expect an increase of up to 20 percent in the next couple of years.

Cyprus has suffered particularly from the cruise tourism slump in the region this decade, with the island’s Deputy Tourism Minister Savvas Perdios reporting an 85 percent decline from 2010 to last year. “However, this year we are expecting a 15-20 percent increase, but from a very low starting point,” said Perdios.