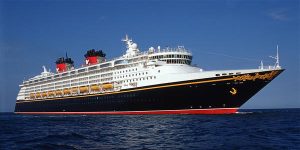 Disney Wonder is set to sail once again from New Orleans. The Disney Cruise Line ship will start its voyage from New Orleans by late January 2020 to begin offering four-, five-, seven- and even a 14-night cruise throughout the Caribbean. Bookings will be open on October 3, 2019.

The Disney Wonder will offer guests the perfect ambience as there will be many musical shows including jazz shows. A lounge is also being renovated to extend The Princess and The Frog theme to more of the ship during the next dry dock. The cruise itineraries will vary greatly.

You can choose shorter routes including stops in the Western Caribbean and even a new Port of Call for Disney- Progreso, Mexico. Diving into crystal clear water or exploring Ancient Mayan ruins will be fun. There are also four longer cruise offerings including three trips to the Bahamas, with stops at Disney’s own Castaway Cay; and a 14-night journey through the Panama Canal at the beginning of 2021.

The cruise will then head to Galveston, Texas in early 2021 to continue its offering of four- and six-night cruises to the Western Caribbean and even one seven-night itinerary to the Bahamas and Castaway Cay. After this, it will make its way to San Diego, California to begin offerings guest trips to the Mexican Riviera and Baja.

All the four Disney Cruise Line ships- Disney Dream, Disney Fantasy, Disney Magic and Disney Wonder- will be located in the Caribbean for a short duration at the beginning of 2021. Of the four ships, three will be sailing from Florida.