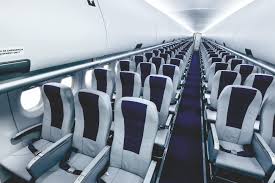 The number of seats available for European travellers will be increasing by nearly four per cent as compared to the same period last year even though there were airline failures.

According to the Anker Report the latest schedules from Cirium Data and Analytics to identify  the fastest –growing carrier was Wizz Air which is a Hungarian budget carrier that has expanded the UK operations. It intends to grow by 23 per cent.

The deepest cuts in capacity is being shown by two other major airlines with big British operations Flybe and Norwegian.

A consortium involving Virgin Atlantic took over Flybe and will offer 16 per cent fewer seats and across the network Norweigan will be down by 18 per cent.

After a heavy loss-making, Flybe is expected to be rebranded as Virgin Connect and has slashed down many unprofitable routes for the winter.

The new owner have no intention of growing Flybe’s regional network.

There are long-term financial problems in Norweigan and it has been affected by the grounding of Boeing 737 Max and some of its Boeing 787 aircraft.

The total number of flights from European airports on all airlines is set to rise by 2.5 per cent this winter and the seat capacity will increase by 3.7 per cent due to an increase in the average size of the planes.

Due to the rise in the average length of flights the available seat kilometers have increased  even faster.

After Ryanair and easyJet , Wizz Air is known to take the thitrd place in the budget airline and is ahead of Vueling of Spain.

The second fastest-growing carrier is the Turkish Airlines and a 6 per cent rise is expected mainly due to the extra capacity at the new Istanbul airport.

A 4 per cent growth in seat capacity is anticipated by Ryanair, even though it does not have the Boeing 737 Max aircraft it ordered in a special 197-passenger capacity.