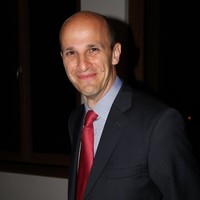 Abaton Island Resort & Spa has appointed Georgios Daskalakis as the General Manager of the property. The hotel is a family-run, Cycladic style property situated on the rocky coast of lively Hersonissos in Crete, Greece. In his new role, he will play an important part in the brand especially in a time when the hotel will be stepping into the fourth year.

Georgios Daskalakis is a native of Greece. He comes with an experience spanning 25 years in the field of hotel management. As Abaton continues to play a significant role in the island’s renaissance as a luxury tourism destination, Georgios will bring in his wealth of knowledge to the hotel as well as enhance the guest offering and quality of services provided to guests.

Daskalakis belongs to a family of hoteliers and was drawn to the hospitality industry from a young age. He recently served as the General Manager of Grecotel Caramel, a boutique resort in the outskirts of Rethymno, Crete. He was also the General Manager at the Domes Noruz Chania in Crete. Earlier, he worked as Assistant General Manager at Hospes Maricel in Mallorca. He also has the Rooms Division Manager at The Elysium Hotel in Cyprus.

As the General Manager, he will work alongside Abaton Island Resort & Spa’s Deputy CEO, Georgios Kaloutsakis of the hotelier family behind Hersonissos Group Hotels.