To help the ailing sector, Queenslanders are being requested to vacation at home 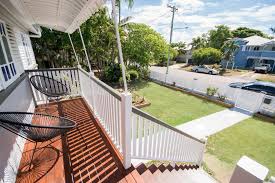 The Queensland government is requesting everyone to support them in giving the local tourism an encouraging stimulus by vacationing locally, with the sector taking a hit from the coronavirus.

The federal government has incorporated bans on travel for anyone coming from or through China and Iran to Australia. Globally international tourism has witnessed a huge plunge in numbers because of concerns.

The local industry has not been unaffected to the downturn. However, the state government is keeping no stones unturned to move ahead of the problem by rushing out a $2 million ad campaign prior to the Easter break, enthusing Queenslanders and people from interstate to holiday in the Sunshine State.

“We know there’s two types of Australians – Queenslanders and people who want to be Queenslanders,” Tourism Minister Kate Jones said.

“So what we’re saying is the best way to support Queensland right now is to stay here and holiday here.”

The $2 million is part of a package of $27.25 million in general, declared by the state government for several measures to prop up the tourism industry.

Premier Annastacia Palaszczuk again called on the federal government to match the funding of her government to increase its effectiveness.

“I’m still asking the Prime Minister to back my package, I mean, this is a national issue and it’s impacting on Queensland,” the Premier said.

One of the major problems faced by the domestic tourism market is that for many Australians, holidaying overseas can work out cheaper than holidaying at home.

“I think you’ll see tourism operators opening their doors, there are discounts out there, and don’t forget a lot of times you can hop in your car and drive, there are so many places to go even in the southeast [of the state],” she said.