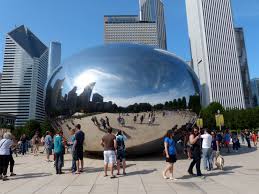 A state official of Illinois recently announced around 114 million people travelled the state last year and the visitors number hit an all-time high in 2017.The people came to ‘Enjoy Illinois’ giving around a $1.1 billion boost to the state’s economy.

Last year was  also a record year where the number of visitors went 1.4 percent higher than 2016, travellers from different parts of the word came for business and pleasure which was 17 and 83 percent respectively.

Over the years tourism has been one of the state’s important industries and within a span of 10 years the travellers to Illinois rose by more than 22 million.

$2.95 billion was generated by the visitor outlays for goods and services in state and the local tax revenue was up by $75 million from 2016.

An average Illinois household was able to save over $1,300 in taxes each year through tourist spending.

Gov. Bruce Rauner stated  the importance of tourism in the country that there is  a lot to see and do there and he was happy to know that so many people visit each year to experience what they have to offer. He praised the DCEO and the Department of Tourism for letting the people know about the ‘Up for Amazing’ campaign which is paying off smartly for their businesses and tax tolls.

The state was impacted by the investment during the spring/summer campaign generating around $9 economic impact for the state.

Its authentic experiences has been a major visitor driver of the state which helped in generating more tax revenue for their  communities.