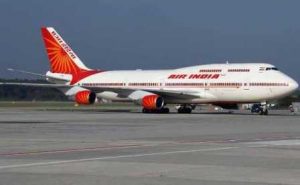 As many countries in the world are closing their borders, the COVID-19 or coronavirus outbreak has acutely impacted the travel industry, especially airlines witnessing the most notable casualties. According to the International Air Transport Association (IATA), airlines could lose a quarter of a trillion dollars in revenue this year as commercial flights come to a grinding halt.

Sydney-based CAPA Centre for Aviation estimates that many airline carriers will go bankrupt by the end of May if they cannot find support and further predicted that about half of all global airlines could go out of business before the end of the year.

The analysis, however, does not take into account government bailouts, extraordinary capital injection by shareholders, and other sources of funding. The Z-scores measure five variables including liquidity, solvency, profitability, leverage and recent performance.

The airlines are in serious cash preservation mode with nearly a third of the world’s aircraft fleet in storage, according to travel industry data provider Cirium.

The airports Council International Asia-Pacific said that airport traffic at 12 major hubs in the Asia-Pacific region plunged by 80 per cent on average in the second week of March compared with the same period last year.

Even storied and well-run companies like Singapore Airlines (SIA) cannot escape the devastation inflicted by COVID-19 on the industry. Up to when the crisis started, SIA was the 15th largest airline group in the world, serving around 140 destinations in more than 35 countries and territories.

Earlier last week, Singapore Airlines announced that it was reducing scheduled capacity by 96 per cent till the end of April and grounding 138 out of its 147 SIA and SilkAir planes. Budget subsidiary Scoot will stop flying 47 out of its 49 aircraft.

It is also in discussions with aircraft manufacturers to defer upcoming aircraft deliveries and, if agreed, it will consequently defer payment for those orders. It has also announced that management staff will take steep pay cuts and other employees have been offered no-pay leave including pilots who will take a week off every month. It will furlough contract staff. The measures will impact about 10,000 staff.

Singapore Airlines has no domestic market to speak of and the SIA business model depends on overseas travel by Singapore residents or passengers connecting through its Changi Airport hub. With the Singapore government banning transit passengers from Changi from March 24 adding to the travel restrictions imposed by almost every country in the world, SIA had to dramatically scale back its operations.