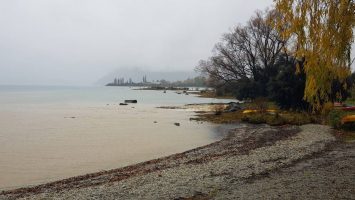 Lake Wanaka in the resort town of Wanaka in New Zealand has been closed after wastewater spilt into the lake due to a blockage.

The locals have been advised to stay out of the Lake Wanaka, which happens to be a popular swimming spot.

The Queenstown Lakes District Council has closed the Bremner Bay on Lake Wanaka on a temporary basis as a precaution after wastewater spilt into the lake on Thursday morning.

Property and infrastructure general manager Peter Hansby said the spill occurred due to a blockage in the wastewater network on the corner of Aubrey Rd and Rata St.He said that the lake water will be tested.

The wastewater spills into the lake due to blockages occurring due to fats, nappies and other foreign objects. However, authorities said that this could easily be avoided.

The authorities got to know about the spill around 8.30 am. It took them an hour to fix the problem with the help of council contractors.

“Wastewater got inside the stormwater network due to which it might have been discharged into the Bremner Bay outflow.

The swimming signages have been removed until the next order. The results are supposed to come on Friday.

Authorities have said that wastewater have also spilt onto Kellys Flat Recreational Reserve.

The area has not only been cordoned off but a cleanup exercise has also been launched.

Authorities are issuing reminder to everyone to be considerate about what they put into the wastewater system.

Around two hundred submissions have been received on the consent application of which 197 are in opposition. A decision is supposed to be taken in the new year.