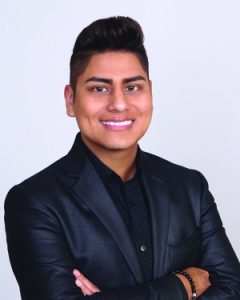 The renowned, award-winning hotel management company, McKibbon Hospitality recently appointed Luis Arancibia as the General Manager of Aloft Orlando Downtown. Arancibia is an industry veteran and comes with an experience of 13 years. He will be bestowed with the responsibility of overseeing all operations and functions of the property in his new role. The Aloft Orlando Downtown is a historic 8-story, 118-room building owned by GDC Properties. In 2012, the building was added to the National Register of Historic Places.

Luis Arancibia has been part of the McKibbon family for the past 8 years. He recently served as the General Manager of the 128-room Homewood Suites by Hilton Orlando Airport. He had the responsibility of managing 46 associates as well as handling all hotel operations. During his leadership, Arancibia led his team to achieve outstanding service scores. This resulted in the property receiving Hilton’s highest honor- the Connie Pride Award in Overall Hotel Performance for the years 2014, 2016 and 2017 consecutively. In addition, he guided the team into securing the top hotel for TripAdvisor City Ranking in Orlando.

Arancibia began his hospitality career in 2007 as Task Force Support for Hilton Hotels and was later promoted as the Operations Manager for Hampton Inn by Hilton in Melbourne and Orlando.

Karl Oates, Vice President, Lifestyle Hotels said in a statement that Luis is a highly dedicated professional and the company is thrilled to have him continue his career within the McKibbon group. He also mentioned that Luis’s forward-thinking management style coupled with his effortless creativity makes him the perfect candidate for the given position at Aloft Orlando Downtown, one of the most unique and hip boutique properties in Central Florida.