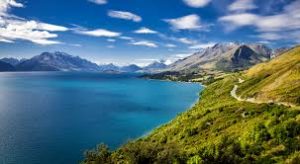 The official figure shows that the domestic visitor spending surged to U.S. dollars 23 billion in the last year, a boost of U.S. dollars 1.4 billion from the previous year.

Stats NZ released its tourism figures for the year ending in March on Friday. There is a 7.7 per cent increase in tourism spending from the previous year.

The initial estimates given to the industry at the Tourism Summit Aotearoa in November was U.S. dollars 22 billion of domestic visitor spending. The real figures crossed the estimates.

As per Ann-Marie Johnson, Aotearoa communications manager, it is a continuation of spectacular growth. She opines that prioritising the sustainability aspect will help the  tourism industry to make positive contributions to New Zealand’s economy.