Railway heritage theme park to come up in India 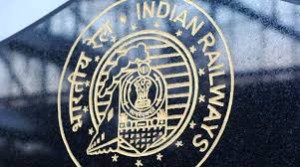 The Union Tourism Ministry and the Haryana government in corporation with the Indian Railways is coming with the proposal of developing a heritage theme park which will be a first-of-its-kind in the country.

The rail theme park will be developed on the pattern of UK’s Devon Railway Centre and will have narrow gauge toy train, model train stations, railway exhibits and a convention centre to host corporate events.

Edaville Park in the US and Ferrymead Heritage Park in New Zealand have similar park .
Under the Swadesh Darshan scheme the rail theme the rail theme park will be part of the development of the Madhogarh-Mahendragarh-Narnaul- Rewari heritage route being developed by the Toursim Ministry.

A senior Railway Ministry official said that the Railways has a heritage steam loco centre at Rewari, the development of a rail theme park on the adjoining land can convert the place into a tourist hotspot.

Rewari is accessible from the capital and Gurgaon will be become a major crowd-puller, it will help in developing its local economy and promote tourism.