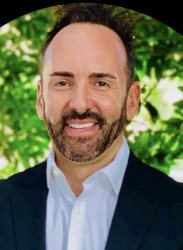 Steven Hiblum has been appointed as the General Manager of Shelborne South Beach hotel. The announcement was officially made by Menin Hospitality, a leading collection of upscale lodging, lifestyle restaurants, and nightlife venues. He comes with nearly two decades of experience in the hospitality industry.

Located in Miami amidst the famed 1940s art deco gem pioneering the city’s hotel scene, the hotel offers unparalleled views of the Atlantic Ocean in a tropical, relaxed setting. Hiblum is bestowed with the responsibility of looking after all day-to-day operations of Shelborne South Beach. He will also lead the hotel’s team in delivering consistent, unique experiences for guests while also enhancing the quality of service.

Steven holds a bachelor’s degree in hospitality management and graduated from Ben-Gurion University in Beersheba, Israel. He has been associated with numerous recognised hotel groups across the country, spanning from South Florida to San Francisco. He also held prestigious positions at properties within Morgans Hotel Group, including Delano South Beach, Shore Club South Beach, Clift Hotel, and Mondrian South Beach.

He went on to work as the General Manager of Nautilus – a Sixty Hotel for five years. In his role, he overlooked operations for the beachfront hotel’s 250 guest rooms and 160 employees. Prior to his latest appointment, he served as vice president of operations at Highgate Hotels, where he was responsible for managing hotel experiences and programming for three Miami properties.

During his workmanship at Shelborne, Hiblum will ensure that all hotel operations are carried out professionally. He will work towards maintaining Menin Hospitality brand standards and provide the highest level of guest service. He will also serve as a motivated mentor for the hotel’s staff, sparking innovative ideas that maximize profitability, beginning with revamping the hotel’s food and beverage offerings.