Singapore Airlines cancels all flights to and from Milan 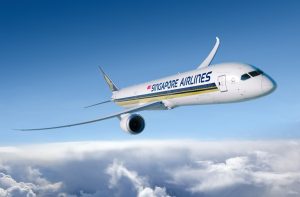 On Friday, Singapore Airlines or SIA announced that it had cancelled all flights to and from Milan until the end of the month of May. The decision arrives following the ban on travellers coming from Northern Italy to enter Singapore.

The decision of cancelling the flights comes two days after the news about a passenger flying from Milan to Singapore showing symptoms of coronavirus. The same passenger was later confirmed to be tested positive and found to be infected with the Covid-19 virus. The passenger was onboard Singapore Airline’s Flight SQ355.

Singapore Airlines has previously cancelled flights to various destinations including South Korea, China and Japan in light of the growing spread of the deadly coronavirus. The recent decision will cut down the capacity of the airlines by 12.5% as compared to what was originally scheduled from the month of February to the end of May.

Not just Singapore Airlines but the entire airline sector and carriers all across the globe have been facing the harsh effects of coronavirus outbreak. The International Air Transport Association has already mentioned that if the virus spread is not restricted or ceases to slow down in days to come, it can cost the airline sector a loss of approximately $113 billion in revenue.

In addition, Flight SQ77 of Singapore Airlines, which flies three times every week from Barcelona to Singapore with a stop or layover at the Milan-Malpensa Airport, has been transformed into a direct flight since Wednesday. It was also announced that separate special measures have been undertaken by the airlines to clean and disinfect Flight SQ355 that carried the virus-infected passenger.

All pilots and cabin crew present on Flight SQ55 have been asked to go for a leave of absence. Alongside, Singapore Airlines is also trying to trace all passengers who boarded the same flight to check for any traces of virus spread in other passengers.