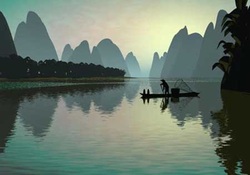 The steep rise in tourists in the region of Southeast Asia exceeds the international average 6 percent that has enabled this area to earn over $131.1 billion it had taken on tourism receipts in 2017.
Several other nations witnessed double-digit growth including Vietnam, Thailand, Indonesia, Thailand, the Philippines and Cambodia.
The reason for this rapid growth might be due to countries beginning to analyze the significance of tourism as a contributor to socio-economic development as per Zurab Pololikashvili who is the Secretary-General of UNWTO who had written this statement in an email to a leading news media agency.
Pololikashvili went on to add that this also marks growing integration and airline connectivity and portrays strong demand from Northeast Asian source markerts particularly China and the Republic of Korea.
The other nations from where there is a strong demand include Australia, Russia and the western European markets.
Vietnam saw the largest increase in the number of arrivals, with a 25.2 percent growth in the first quarter of the year, compared to the same period last year.
Pololikashvili pointed to visa exemptions for major European markets and a new tourism law that came in last year as possible reasons.
Cambodia’s huge temple complex Angkor Wat continues to attract tourists, and in 2016 contributed $2.4 billion towards the country’s economy. China, meanwhile, overtook Vietnam as the number-one source of visitors to Cambodia, with 1 million Chinese tourists flocking to the Kingdom in 2017.
Thailand has seen a huge increase in tourists in the past decade, and at present sits fourth on the list of income garnered from tourist receipts, behind the US, Spain and France, raking in a whopping $57.5 billion in 2017.
Earlier this year, both Thailand and the Philippines temporarily closed off popular tourist sites due to environmental issues.
Pololikashvili stressed that tourism plays an important role worldwide, being “a key driver for many of the Sustainable Development Goals.”