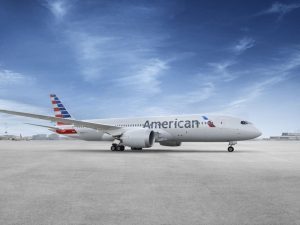 The United States federal government has decided to provide payroll support up to US$25 billion for all U.S. based airlines. The funds are part of a US$2 trillion relief package signed by Congress to provide aid towards the unprecedented economic damage caused by the COVID-19 pandemic.

Steven Mnuchin, Treasury Secretary, United States said in a press statement that the government appreciates the fact that a number of major airlines are eager to be a part of the payroll support program. He mentioned that the program is an important Coronavirus Aid, Relief, and Economic Security (CARES) act program.

He shared that the initiative will support American workers and will help them to preserve the strategic importance of the airline industry. He also said that the program will allow appropriate compensation to the taxpayers. He also added that the U.S. is also in talks with other airlines regarding their potential participation.

He further informed that the treasury is also working to review and approve applications for smaller passenger air carriers as quickly as possible. He said that it will also provide further guidance for cargo carriers and contractors very soon. He concluded that the treasury looks forward to working with the airlines to finalise the necessary agreements and disburse funds with immediate effect.

The support has been mainly offered against a declining background for the airline sector.  The funds, which are targeted to support team member salaries and benefits, will arrive as a direct grant of $4.1 billion as well as a low-interest rate loan of $1.7 billion.

American Airlines said it would accept US$5.8 billion from the scheme. In addition to the $5.8 billion, American expects to separately apply for a loan from the United States treasury of approximately $4.75 billion.