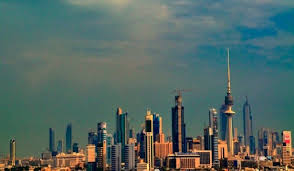 The World Meteorological Organization has announced that two recent temperature readings have been accepted among the hottest recorded on Earth. One of the scorching marks came from the Middle East, the other from South Asia.

Notably, the WMO list of highest global temperatures does not include a 129.2 degree temperature (54.0 Celsius) recorded in Furnace Creek at Death Valley, Calif., on June 30, 2013. But there is a reason.

That location was even hotter in 1913 when it reportedly hit 134 degrees (56.7 Celsius). This temperature is recognized as the hottest recorded on Earth. But some experts question its validity. It was recently described as “essentially not possible from a meteorological perspective” in a detailed analysis. It is a similar story for the planet’s second-highest recognized temperature, which is 131 degrees (55.0 Celsius) from Kebili, Tunisia, set July 7, 1931, which also is Africa’s hottest temperature. This record has “serious credibility issues,” according to Christopher C. Burt, an expert on extreme weather data.