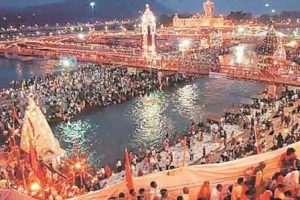 Around 70 % of the project cost will be incurred by the World Bank the remaining 30% will be borned by the UP government.

The loan  and the project agreement has already been signed by the World Bank and the union finance ministry.

Aimed at poverty alleviation in the periphery of selected tourism hubs through interventions pertaining to the economic, social and cultural aspects of the area the pro-poor tourism concept will be developed.

Up ranked second in the country after Tamil Nadu for attracting the highest number of domestic backpacker which stood at more than 233 million and aggregated 14.2 % share in 2017.

UP ranked third after Maharashtra and Tamil Nadu for the highest number of foreign tourists with more than 35 million and cornering 13.25 share in 2017.

By ramping up the basic infrastructure and value added service the PPT projects are aimed at creating job-oriented economic activities related to tourism.

The PPT concept is not unique in India but it has been successfully implemented in other countries to improve the socio-economic lot of the local communities which includes some African countries.