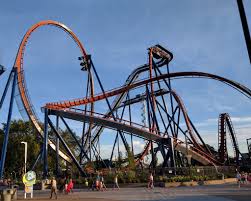 The opening day for the brand new roller coaster, Cedar Point, had gone awry over the last weekend.

This new theme park of Ohio named Steel Vengeance was known as the world’s ;first steel-on-wood hybrid roller coaster to stand over 200 feet tall’. It had to be shut down temporarily on Saturday after two trains collided at the passenger loading station.

A spokesperson for Cedar Point told the media that a parked train suddenly was bumped into by another train that resulted in four riders seeking medical assistance.

No major injuries have been reported and the riders later returned to the theme park according to the media house.

The ride was closed during the afternoon and reopened on Saturday night as reported by the media. A message on a microblogging site’s official page of Cedar Point announced that that roller coaster would be opened again on Sunday morning.

Prior to an important refurbishment, the ride was previously known as the Mean Streak.

Cedar Point has witnessed incidents with its rides even before. In August 2015 a man had died at Cedar Point after being struck by a roller coaster while looking for a cell phone he had dropped on the ride.