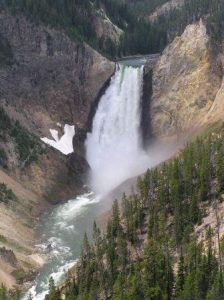 The new bridge would be located south of the 600-foot-long Yellowstone River Bridge near Tower Falls. On Wednesday, Yellowstone National Park said through a press release that the construction of the bridge is expected to begin as early as spring 2022 and will last for three years.

The project will cost approximately between $37 and $42 million. This would also include a mile of new road, parking, pullouts, and a picnic area. The environmental assessment proposed another option instead of a reconstruction. Building a parallel bridge in the north of the existing structure was advised. However, the action would have created traffic delays and be more expensive. The option would have also failed to address the bridge’s safety issues.

The current bridge 80-feet above the Yellowstone River is part of the only road open during the winter to Silver Gate and Cooke City, Montana. Build in the 1960s, the structure was listed as a major priority of improvement during its last inspection.

Widespread deterioration of the concrete on the deck, sidewalks, and parapets was noticed on the bridge. It also made it prone to damage especially during earthquakes. In addition, the three-foot-wide sidewalks fail to meet accessibility requirements and have the probability of creating a safety hazard.

As of now, on March 24 Yellowstone and Grand Teton national parks closed its doors to the public amid the COVI-19 pandemic. The move arrived after local and state government officials said that tourists coming through gateway communities could spread the novel coronavirus and overwhelm small healthcare facilities. The parks would remain closed until notified further.