Alipay extends its services to more than 300,000 Japanese merchants early this year 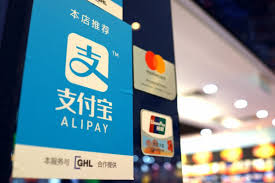 Alipay, an online payment platform operated by Ant Financial, has extended its services to more than 300,000 Japanese merchants early this year, going up from 50,000 merchants a year ago.

The increase was also a result of a push by the Japanese government to impel greater acceptance of mobile payments.

Alipay said that it is working to help local merchants deal with the influx through digital payments in Japan, which will remain an attractive destination for Chinese tourists in the coming years. Japan was ranked the fourth top destination, regarding Alipay transaction volume over China’s four-day Labour Day holiday break in early May.

The number of visitors to Japan topped 31 million last year, according to the Japan National Tourism Organization.

Alipay said that it is working with its e-wallet strategic partners in other Asian markets to attract more consumers to Japan in the coming years.