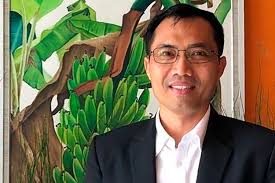 The resort is managed by Minor Hotels. The company is a hotel owner, operator, and investor. Presently, the company stands with a portfolio of 145 hotels and serviced suites in operation under the Anantara, AVANI, PER AQUUM, Oaks, Tivoli, Elewana, Marriott, Four Seasons, St. Regis and Minor International brands. The appointment arrives at a time when the company highlights on expanding the homegrown brands of Anantara and AVANI with ambitious plans to grow the hotel group to 190 properties.

Made holds a lot of industry experience and began his career in hospitality back in 1993 on his home-island of Bali. He was part of the pre-opening team of the well established InterContinental Bali Resort in the same year.

In 2004, he joined Conrad Bali and was appointed as Guest Activities Manager. Later he worked his way up to become the Rooms Division Manager. He also holds the experience of working as an Executive Assistant Manager in Sheraton Bali Kuta Resort.

He also worked in The Elysian Boutique Villa Hotel as Resort Manager. It was in 2015 that he was first associated with Minor Hotel Group when he joined Anantara Vacation Club as Cluster General Manager.

In 2015, Made Subrata joined Anantara Vacation Club as Cluster General Manager. He will now continue with the same role in the upcoming Avani Seminyak Bali Resort.