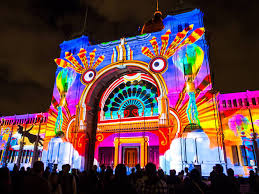 A brand-new winter festival will descend on Melbourne in 2019 as the city’s unmatched music and cultural offerings are celebrated at a signature event unlike anything Victoria has ever seen.

Bringing Melbourne’s iconic after-dark experiences to life, the Andrews Labor Government’s new initiative will incorporate the hugely successful White Night Melbourne which will be relocated from its existing February timeslot.

On top of that, the event will feature a broader multi-day program that cements Melbourne’s reputation as a vibrant, creative, 24-hour global city.

Melbourne’s best will be on show at the mid-year extravaganza, with longer nights in winter giving artists more hours to inspire and earlier start times making the event more accessible to families.

Music will be a pillar of the event with support from an innovative program of experiences that features design, film, food, performance and street art from Australia and overseas.

The reimagined winter event will build on the expanded White Night of 2018, which included live performance, music, food and culture experiences to make it the most successful one-night cultural event on Melbourne’s enviable event calendar.

The first iteration of the three-day event will be held in August 2019. Timing and program details will be released in the lead up to the event.

“This massive new winter festival will boost to local businesses, support jobs and cement our reputation as the cultural and major events capital of Australia.”

“It will light up Melbourne with music, dance, film and food and the new format will give families more time to enjoy everything the festival has to offer.”

“This event will give Melbourne a bigger stage to entice audiences and demonstrate Victoria’s rich cultural offering – Melbourne has always been the cultural capital and this initiative will ensure it maintains that mantle.

“This reimagined event will create unique and exciting opportunities for artists, performers, cultural practitioners and institutions with a broader program and more nights to experience it.”