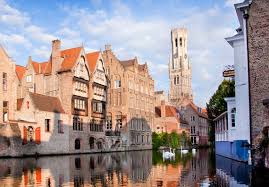 Bruges is the latest European city to make moves regarding tourism restrictions. This European city is a popular stop along European grand tours. The historic city center was added to the UNESCO World Heritage list in 2000, being cited as “an outstanding example of a medieval historic settlement.”

But popularity can come with challenges, especially in a place as compact as Bruges.

Dirk De fauw who was elected mayor of Bruges in 2018, is backing measures that will put some crowd controls on travelers in the city. According to the local media, Bruges will no longer advertise or promote day trips to the city, and measures will be taken to cut back the number of cruise ships able to dock at Zeebrugge port.

Currently, the port has room for five cruise ships at a time, but the number will be capped at two per day. Cruise companies will also be asked to dock during the week instead of on weekends, which will help spread the crowds out among more days.

The tourism board of Bruges will also end its advertising campaigns in other nearby cities like Brussels and Paris to limit the number of day trippers. The tourists who only visit for the day result in cities losing much-needed hotel revenue. At present, the travellers’ outnumber residents of Bruges city center by about three to one.

Bruges’ recent decisions echo moves made in other cities around Europe that are coping with the effects of mass tourism. In Amsterdam, 270 km (168 miles) away, tourism authorities recently made the decision to relocate the famous “I Amsterdam” sign from the city center to further afield, as the sign had become popular on Instagram and other social media platforms.

It’s part of a bigger, concentrated move in the Netherlands to get its tens of millions of annual visitors to explore other parts of the country.

Meanwhile, Rome has focused on banning specific tourist behaviors that lead to dirt, congestion and erosion, including pub crawls and swimming in the city’s famed fountains.