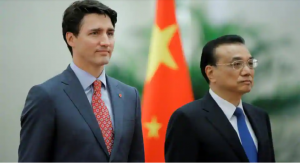 Canada’s foreign ministry issued a travel warning late Monday to its citizens in China over ‘the risk of arbitrary enforcement of local laws.’ The warning is in the backdrop of the relations between Beijing and Ottawa reaching a crisis point after a Canadian man was sentenced to death by a Chinese court. Robert Lloyd Schellenberg was sentenced to death during a one-day retrial in the city of Dalian.

Schellenberg had initially appealed a 15-year prison sentence for being an accessory in a plot to smuggle more than 222 kilograms (489.4 pounds) of methamphetamine from the northeastern port city to Australia in November 2014. But during the retrial, the court sided with the prosecution, which claimed to have uncovered new evidence proving Schellenberg’s principal role in the case.

There is also a diplomatic dispute between the two countries following the arrest of Meng Wanzhou, a senior executive from the Chinese tech firm Huawei, on Dec. 1 in Vancouver.

Chinese Foreign Ministry spokeswoman Hua Chunying said that Canadian travel warning is not justified as the Canadians were safe in China, ‘as long as they abide by Chinese laws.’

Former Canadian ambassador to China, Guy Saint-Jacques, believes that China was making an example out of Schellenberg.