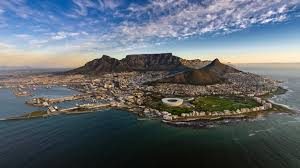 Cape Town was picked as one of the top 15 most popular destinations around the world in a global study. The research aims to set the standard for tourism world-wide and was conducted by the UNWTO and the World Tourism Cities Federation (WTCF).

This prestigious feature brings up Cape Town’s global status and unmistaken ability to influence global travel due to popularity and the sustainable tourism conditions that it operates under.

The report says, “According to UN Habitat by 2050, 70% of the world’s population is expected to be living in cities. By 2025, metropolitan areas will contribute over 30 trillion US dollars annually to the world economy. As tourism currently accounts as a central component in the economic, social and geographical development of many cities it is essential to monitor tourism performance in urban destinations and clearly address the areas for improvement.”

“City tourism should go hand by hand with sustainable development; preserving environmental treasures together with tangible and intangible heritage should be parallel to the importance of engaging local communities,” said the former UNWTO Secretary General Taleb Rifai.

Cape Town not only contributes 11% to South Africa’s overall GDP and has the third busiest airport in Africa but it is also South Africa’s tech hub, top events and festival destination. It was named “Best City in the World” by the UK Telegraph readers.

The city offers around 4 000 tourism enterprises and nearly 3 000 types of guest accommodations, with around 400 varied restaurants and 424 tourists attractions.
The city is expected to grow 6% in the next year, being home to the maximum number of expensive properties in Africa.

Cape Town is also a highly environmentally conscious city, being part of the Global City Nature Challenge and it is moving more and more towards having higher levels of sustainable energy every day.