Green Tourism for Odessa in Ukraine will be the tourism booster 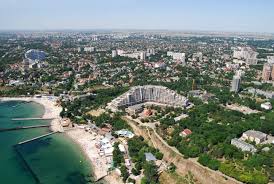 The Odessa region of Ukraine known to the tourists for its Black Sea beach resorts will develop the green and eco tourism to attract more tourists.

The report cited Svitlana Shatalova, deputy head of Odessa regional administration, as saying that a rural, agricultural and ecological tourism center will be established in Tarutino district, which lies on the border with Moldova.

The tourism center of Ukraine will offer visitors tours to genuine Ukrainian villages and farms, as well as sightseeing in grain and lavender fields.

This project will support the development of agriculture and livestock farming. Besides, it will incentivize small businesses and tap into the resource, economic and social potential of the Odessa region.

Odessa is a port city located in the north of the Black Sea. This city is popular for the beach resorts and the palaces of ancient Greek existence. It was the fourth largest imperial city in Russia before the fragmentation of USSR. It is now becomes Ukraine’s most celebrated tourism destinations. There are about 5.7 million tourists from Ukraine and abroad visited the region in 2017, up 43 percent from a year ago.