In museum visitor number, Estonia sets up a new record 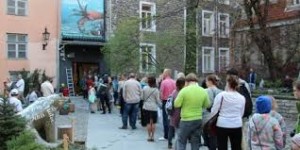 Last year, Estonia sets a new record in terms of museum visitors. For the first time, more than 3.5 million museum visits were recorded, which accounts for 50,000 in the year 2017.

Museums carry on being immensely popular amongst tourists coming to Estonia and 35% of the recorded visits were by overseas visitors.

All through last year, there were around 2,659 museum visits every 1,000 inhabitants in Estonia. As per European Group of Museum Statistics (EGMUS), this is one of the highest figures in Europe.

The greatest number of visits was recorded in the Harju county (1.7 million), where Tallinn is located, followed by Tartu and its county, with 900,000 visits, and then by Lääne-Viru county with 230,000 visits. In Estonia, there are around 242 museums, ranging from traditional village culture and Soviet history to international art.

To quote Annely Vürmer, director at the Estonian Tourist Board, “Estonia has a huge amount to offer tourists, from world-class museums and incredible nature to great food and warm, welcoming people. It is fantastic news for the tourism sector that our museums received a boost in visitor numbers in 2017 and Visit Estonia will continue to support the industry and promote Estonia to the world as a great place to visit.”

Round-up of few museums in Estonia:

Kumu Art Museum, Tallinn
Country’s largest and most cutting-edge art museum as of now, the Kumu Art Museum set up in 2006, offering Tallinn with an imposing world-class venue for the arts.

Estonian National Museum, Tartu
Located in a former Soviet airfield and established in 1909 in the outskirt of Tartu, the second biggest city in Estonia, the museum is devoted to Estonian ethnography and folk heritage.