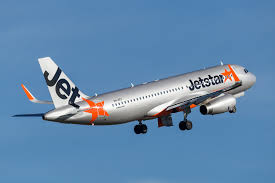 Budget air-carrier Jetstar has been ordered to give almost $2 million in penalties after misleading passengers about their rights to refunds on cheap airfares.

Following action by the Australian Competition and Consumer Commission, the Federal Court has found that between April 2017 and March 2018, Qantas-owned Jetstar made false or misleading representations on its website about the rights and remedies available to customers.

The website of the airlines had said that some fares were not refundable, and that passengers could only get a refund if they purchased a more expensive ticket.

The Federal Court also found that Jetstar’s terms and conditions breached Australian Consumer Law by claiming consumer guarantee rights did not apply to its flight services, and that its obligation to provide refunds or replacement flights was limited.

ACCC chairman Rod Sims said that representations of Jetstar were false or misleading because all flights come with automatic consumer guarantees that cannot be excluded, restricted or modified, no matter how cheap the fare. If a flight is cancelled or significantly delayed, passengers may be entitled to a refund under the consumer guarantees. All consumers have the right to a remedy, such as a refund, if services are not supplied within a reasonable time. Businesses simply cannot make blanket ‘no refunds’ statements, because they can mislead consumers into thinking they can never get a refund under any circumstances.

Jetstar admitted that this is the wrongdoing of the company and gave the ACCC a court-enforceable undertaking to amend its policies to comply with consumer law. The airline said it had already made improvements to its websites and policies, and would review consumer complaints made about flight delays or cancellations during April 10, 2017 and March 13, 2018.