Mona Juett appointed as the new Deputy Commissioner of Kentucky 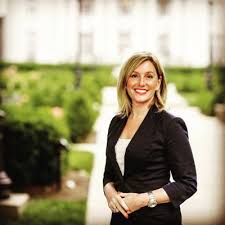 The Tourism, Arts and Heritage Cabinet is quite thrilled to proclaim the most recent selection to the leadership team of the Cabinet.

Bringing a prosperity of legislative and tourism experience, Mona Juett has been nominated to act as the Deputy Commissioner for the Department of Tourism.

She is the daughter of William Ernie and Charlotte Lewis. She is initially from Elliott County and was raised in Morehead.

Mona most recently was associated as the Assistant Director for Resorts with the Department of Parks. Since 2007, she has worked for the Tourism, Arts and Heritage Cabinet in various roles, including Research Director, Legislative Director and former Deputy Commissioner of the Department of Tourism.

Before she started her career in state government, Mona worked as the Marketing Manager for The Council of State Governments in Lexington.

Mona is proudly from Eastern Kentucky. She graduated from Morehead State University. Currently, she resides in Owen County in their family farm with her husband, son, and daughter.

This newest personnel appointment will play a major role in guiding the direction of the Cabinet as it carries on its efforts to endorse the natural beauty, arts, and culture that the American state offers to its citizens and tourists from all over the country and the world.