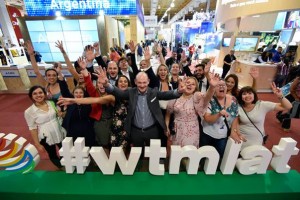 Chardonnay Marchesi, South Africa Portfolio Director for Reed Exhibitions’ Travel, Tourism & Sports Portfolio, said they will continue to strengthen their presence as the penultimate African travel trade exhibition, and the trust of these exhibitors is testament to that.

Luciane Leite, Director of WTM Latin America, said that over the three-day show, they saw busy corridors, busy sessions at the five Speed Networking meetings, well-known speakers and a lot of networking and they are really pleased with the number of business meetings that took place over at the event generating more business deals.