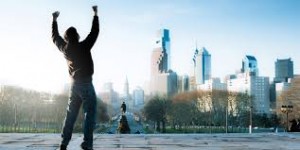 According to the mayor’s office, New York has all the luxurious amenities and the best connectivity by airlines.

The overall tourism in NYC has jumped 3.8 percent compared to 2016, despite the fact that NYC & Company, the city’s tourism marketing group, predicted fewer foreign visitors in the wake of President Donald Trump’s travel ban. The domestic tourism in New York had been predicted to rise.

NYC has also welcomed an all-time high for both domestic and foreign travellers in 2017, the eight consecutive year tourism in the city has grown.

Mayor Bill de Blasio said that they are keeping their doors to the world open. Even with all the headwinds from the White House, the city attracted a record number of visitors to our city. That’s a testament to the strength of our tourism sector and the values of their city.

The city launched a campaign last year called “New York City — Welcoming the World,” aimed at targeting such markets as the United Kingdom and Mexico.

New York also entered into several partnerships with international cities, including Cape Town and Toronto, as well as renewing its partnership with Mexico City.