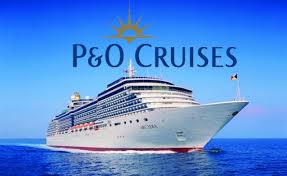 The vessel will be delivered in 2022 post a shipbuilding contract signed by P&O cruises parent, Carnival Corporation along with leading German and Finnish shipbuilders Meyer Werft.

The second new-build will be the largest cruise ship to be built specifically for the British market which will be similar to the sister ship due for delivery in 2020 and both the ships will be registered in the UK.

The new ship will have a capacity of accommodating approximately 5,200 guests (lower berths).

Meyer Werft will build the ship at its shipyard in Papenburg, Germany, and feature the company’s exclusive “green cruising” design as one of the first generation of cruise ship.

Air emissions will be reduced significantly as the ship will be powered by liquefied natural gas.

Carnival UK president Josh Weinstein said that they were seeing the momentum in awareness of cruising both across the media and in our national psyche as ever increasing numbers of people see first-hand the value for money.