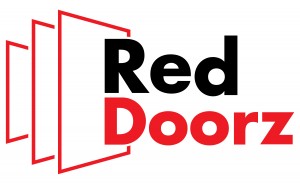 South East Asia’s one of the largest accommodation brand startup focused on the countries like Thailand, Myanmar, Malaysia, Laos, Vietnam and Indonesia to grow its budget hotel network with $11 million funding.

This three-year-old startup RedDoorz is offering a network of hotels that are grouped together under a single brand.

The goal of this company is to make a happy mixture that marries the ubiquity of (typically) unorganized local guesthouse-style rooms with the more organized and efficient (but pricier) hotel option.

The result is a compilation of budget rooms at various hotels that all adhere to a brand (in this case, RedDoorz) standard.

RedDoorz is targeting the markets where Airbnb is lacking. This company guarantees around clean sheets, towels, reliable internet and breakfast are important. Likewise, the system of this competitor also lets smaller guesthouses use the internet — RedDoorz’ website and app — to get new customers.

The concept was initially pioneered by India’s OYO Rooms, which is backed by SoftBank’s Vision Fund, but RedDoorz is one of half a dozen or so venture-backed efforts bringing the model to Southeast Asia. And, at this point, RedDoorz is probably the best funded of that Southeast Asia-based bunch.

RedDoorz began with a focus on Indonesia, Southeast Asia’s largest economy and the world’s fourth largest country with a population of over 250 million people. The company then moved to the Philippines and Singapore and, in the case of the latter, it has recently opened its first leased property. So, while it works with existing hotel owners to essentially take over their property in terms of branding and marketing, the ‘RedDoorz’ hotel in Marine Parade Singapore gives it “full reign over the day-to-day operations.”