Spain beaches may reopen in June 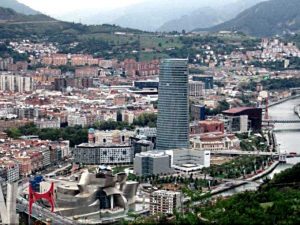 The beaches in Spain may reopen as early as June 15 as most of the tourism council leaders in holiday hot-spots are going  against the prediction that the tourism industry in Spain won’t get back to normal until the end of 2020.

The Minister of Labour for the Spanish Government, Yolanda Día is facing a major backlash after she suggested that all the hotels and leisure establishments might not open again this year.

Here the  Spanish resorts on the mainland, as well as in the Canary Islands and the Balearics, have been fired up by the bare outlook and are determined to fight back, even if teh international and domestic holidaymakers are only local people or from within Spain itself until the European borders reopen.

One of the main tasks to boost the tourism that it will be to make sure people on the beaches self-regulate or are forced to do so with some kind of barriers, perhaps cones, ropes or fencing.

Some of the luxury resorts face having to mark out thousands of miles of beaches in a bid to keep tourists apart from each other during the coronavirus de-escalation phase. The council leaders in Andalusia have already signalled that it is going to be a “monumental task” but they are determined to do so in time for the renewed holiday season, whenever that might start.

The local Spanish Mayors are already very much worried about how such a massive tourism and hospitality job is going to be done, especially as the coastlines of the Costa del Sol have such open its accommodations and spaces, accessible from all directions.

Juan Bermúdez, mayor of Conil de la Frontera in Cádiz, one of the most touristic municipalities on the Andalusian coast, believes that that this upcoming measure to take the control the capacity of the beaches will be very complex in some places.

Almuñécar, on the Costa Tropical of Granada, says it is ready to become aCOVID-19 free beach venue and to be seen as a pilot project “due to the type of destination, family, with few crowds, small coves with difficult access.

The Tourism councillor Daniel Barbero said that both the destination and the different tourist companies are working hard to be ready to receive tourists and visitors at the time that mobility restrictions are lifted. Andalusia has 26 kilometres of beach with many coves and vast areas of sand so self-distancing is seen as easier in this type of location.