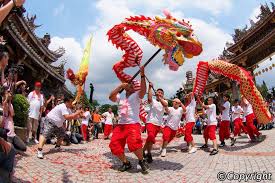 The Tourism Authority of Thailand or TAT declared that the Royal Thai Government has permitted the extension of the visa-on-arrival fee waiver for citizens of almost 20 nations worldwide until 30 April.

On 11th January, the decision was declared in the Royal Thai Government Gazette, reasoning it to be a major step to perk up and endorse tourism as well as to enhance the attractiveness of the Kingdom among international visitors during the high travel season.
Mr. Yuthasak Supasorn, Governor of the Tourism Authority of Thailand (TAT), stated that the continuation of the stimulus visa-on-arrival measure came at the right time as Thailand is all prepared to observe Chinese New Year in February and the Thai New Year (Songkran) in April.

Chinese New Year celebrations are huge in Thailand, and this year will mark the 15th anniversary of cooperation between TAT, the Chinese Ministry of Culture, and the Chinese Embassy in organising annual Lunar New Year festivities in Thailand. This year’s date falls on 5 February.

For the Thai New Year (Songkran), TAT will continue with its plan to promote Thai traditions and cultural values, the foundation of all Thailand traditional events and festivals, according to Mr. Yuthasak. “As usual, TAT will provide support to the organising of Songkran celebrations in various destinations throughout the kingdom.”

The list of entitled countries for the visa-on-arrival fee waiver until 30 April: Citizens of Andora, Bulgaria, Bhutan, China including Taiwan, Cyprus, Ethiopia, Fiji, India, Kazakhstan, Latvia, Lithuania, Maldives, Malta, Mauritius, Papua New Guinea, Romania, San Marino, Saudi Arabia, Ukraine and Uzbekistan will be excused from the 2,000 Baht visa-on-arrival fee for the purpose of touring in Thailand for not more than 15 days.